The 100m Final is usually the main event of every Track and Field competition. Especially in recent years, with the likes of Usain Bolt, Yohan Blake, Tyson Gay, and Justin Gatlin constantly facing off. But this years Commonwealth Games gives us a less star studded line-up at the starting line.
With the stars out for many reasons, whether it be injury or personal reasons, the Commonwealth Games boasted what could possibly be the next generation of sprinters.
The fastest man going into the men's 100m final today was Jamaica's Bailey-Cole, posting a time of 10.01 in qualifiers. Though it can't be called a slow time, track followers are used to the sub 10 second 100m that accompanies the event. 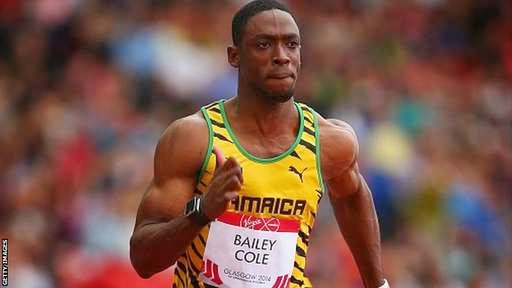 K. Bailey-Cole stayed consistent during the final, running a 10.00sec 100, beating out England's Gemili's 10.10sec.
We are hearing that Bolt will be available to run in the 4x100m tomorrow, so we can expect the track to be faster as the the 6-time Olympic Gold medalist takes the track for team Jamaica.

Young Canadian Talent Gaining Experience
Canadians Aaron Brown and Donate Richards-Kwok both participated in the men's 100m semifinal today, finishing 5th(10.17sec) and 8th(10.42) respectively.
On the women's side, Khamica Bingham finished 7th in the women's 100m final, finishing with a time of 11.37, slightly slower than her PB, 11.32, which she set in the semifinals earlier during the day.