Is SM Entertainment Losing its Hold on it's Idols?

News has recently emerged that Jessica Jung, a member of the Kpop Idol group Girls Generation(SNSD), has been dropped by the agency, halting any plans she had with SNSD. This comes approximately 6 months after Kris Wu of EXO filed for a lawsuit, terminating his contract with SM, while F(x) member Sulli has left SM as well.
Is there something going on within SM Entertainment that is forcing artists out? Both of this years issues have been linked to disputes between the artists' future and the plans of the agency. Jessica has recently begun her fashion line, and it seems that it is clashing with the plans SM has planned for her.
Jessica's issue is not as severe as Kris', with SM Entertainment confirming that she will still be managed by the agency, the only change is that she will not be participating with SNSD in any of their promotional events or future albums as of now.
But it seems that there is a misunderstanding between Jessica and SM. SM is stating that "This coming spring, due to her personal situation, she has notified us she will halt her team promotions with the release of one (more) album (source: allkpop)." But Jessica stated on Weibo differently. 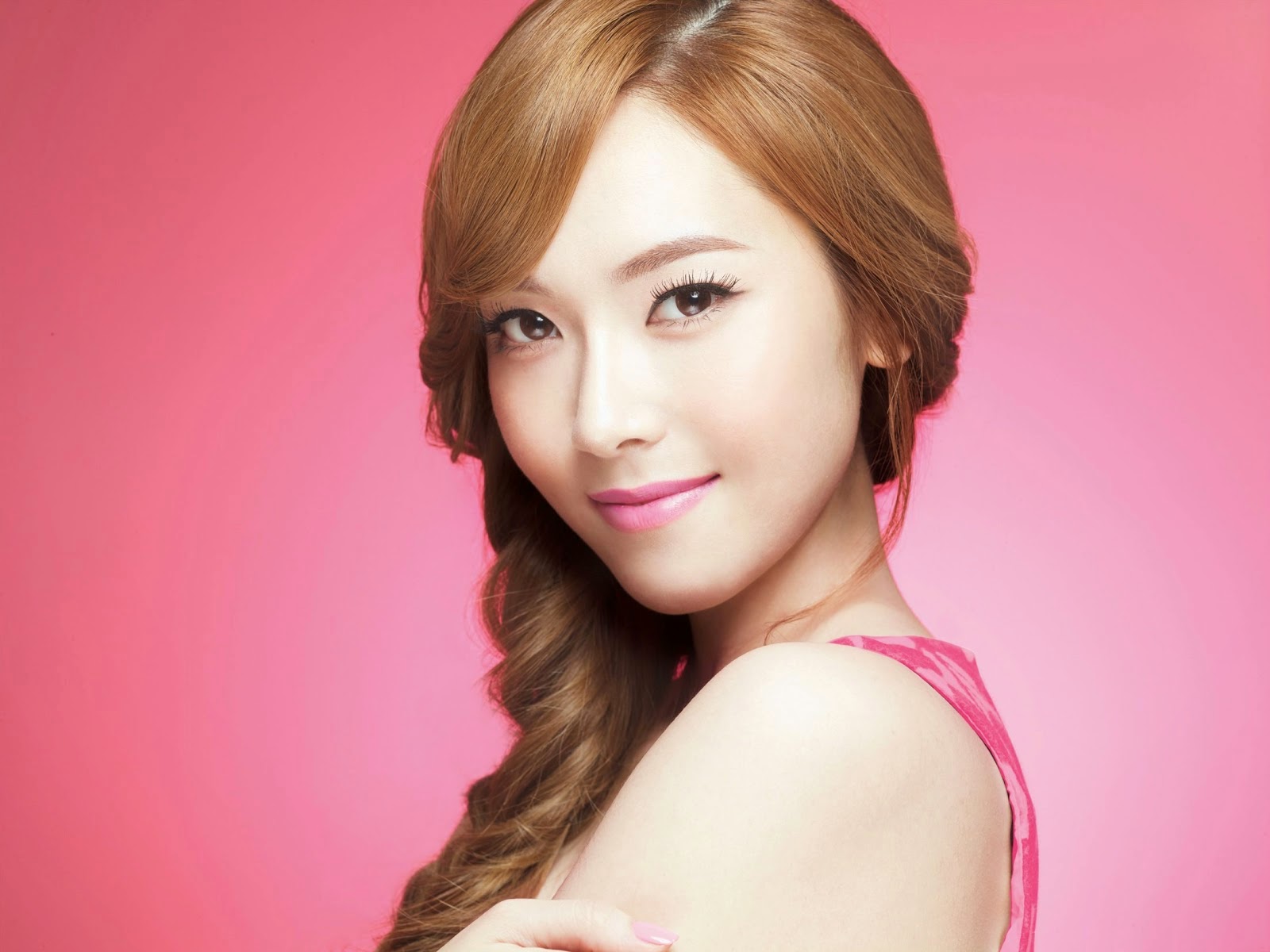 Jessica's post on her Weibo account states "I was excited about our upcoming fan events only to shockingly be informed by my company and 8 others that as of today, I'm no longer a member. I'm devastated....I am being forced out."
Fans from all over the world show their outrage about the news, Jessica being one of the bigger names of Girls Generation, many just hoping that this is just a misunderstanding between the two sides. Many, like with Kris and EXO, are stating that Girls Generation needs to be a 9 member group, incomplete if one is absent.
Jessica has been noted to be seeing an attorney, maybe just for advice, but it could also mean a lawsuit could be waiting in the shadows.

Over the last month, SM has noted the another member of EXO will be absent from promotions and shows. That member is Luhan, who is currently recovering from different symptoms, many saying related to extended fatigue. Information is swirling through the Internet, hinting that SM Entertainment and Luhan are headed to a crossroad. Luhan's declining health and SM's pressure for his return may just be the conflict between the groups.
2014 has not been a good year for SM Entertainment and its' fans. But 2014 goes on, and we shall wait and see what it has in store for one of Korea's top entertainment corporations.


OCTOBER 7, 2014 UPDATE
Luhan has filed a lawsuit against SM Entertainment, seeking to nullify his contract with the company. It seems to be more than just absence due to illness that was keeping Luhan out of the SM Town World Concerts. Sources report that their have been conflicts between Luhan and SM Ent these past weeks. Luhan gave SM a deadline to resolve these differences, but it seems that the deadline has past. Luhan is apparently going in the same direction as former EXO-M leader Kris, with the same actions and law firm. With the possible exit of another member, could this be the end for EXO-M?
Posted by Unknown at 22:34 No comments: 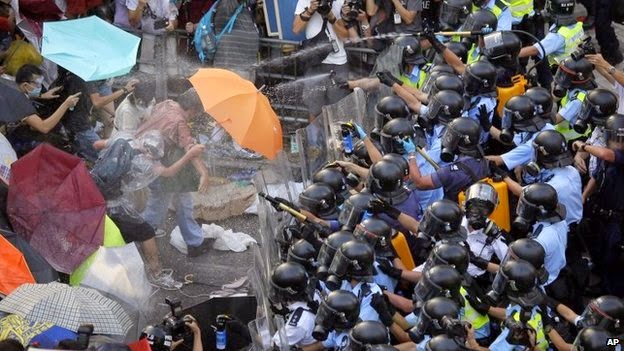 This past weekend, Hong Kong citizens lined the streets, with police forces closely guarded with truncheons and shields, protesting for a fair and open election, and continuing to pressure Chief Executive Leung Chun-Ying to resign.

This should be no surprise for many who have followed the news about the Chinese government, with many citizens protesting against it for quiet a while.
An estimate of 40 or more people have been injured, citizens and police alike, as they initiated the protest. Photos captured shows many of the police force pepper spraying and forcefully fighting against the protesters. Tear gas was soon released on mass, forcing protesters to take cover and normal citizens to stay in their homes.
As shown in the image, many citizens were unarmed, some with merely masks and umbrellas to defend themselves.
Many other citizens, not participating in the riot are also being effected. Many banks have been closed off, chaotic streets have made it hard for seniors and children to leave their homes. "Everything is fine so far, but citizens have been holding it in for long enough," a pro-democratic citizen stated, though not participating in the protest.
As of right now, the crowds and police force have dispersed, allowing for the injured to rest up. Many are watching this closely, as many citizens here in Canada have family over in Hong Kong, China. "I hope my parents are okay, they're on a trip in Hong Kong now," a OCAD University student shared, "I'm glad I immigrated to Canada a few years ago, I wouldn't want to be in that situation right now."
With social media sites such as Instagram blocked by the Chinese government, many rely on Facebook and Twitter to receive news an photos for updates. "Stay strong and safe" is a common phrase from those watching oversees.
Democracy should not be something people should risk their lives for. People deserve the right to vote fairly, to have a government that supports its citizens They should not need so much violence to obtain what should already be theirs. 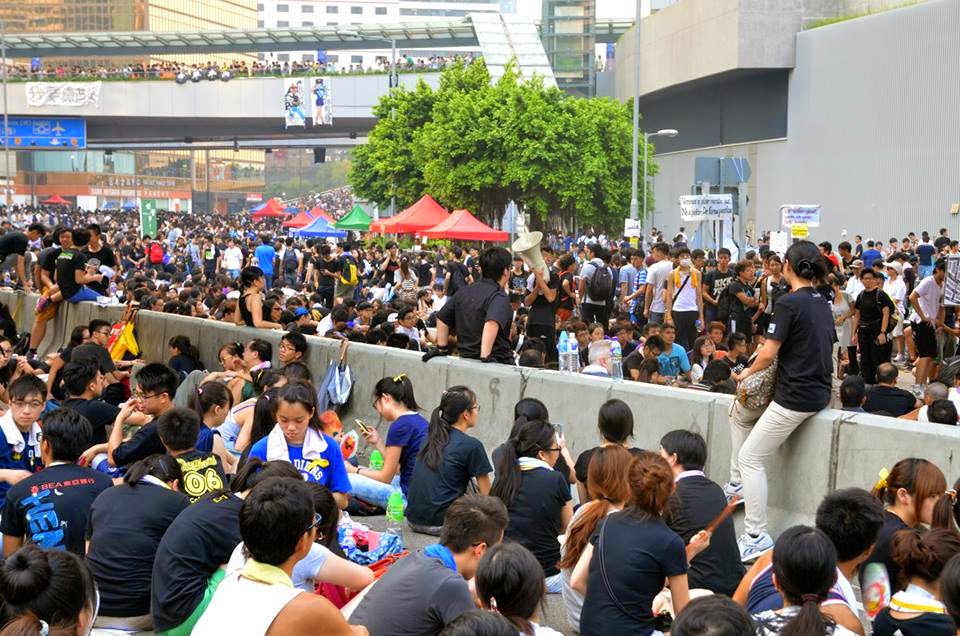 October 1, 2014 UPDATE
The streets are in a peaceful state Tuesday morning, but transportation around is still a problem for many citizens. My correspondent in Hong Kong reports "It's peaceful here. Transportation through the roads are blocked, but MTR(Hong Kong subway) is okay."

The police have also been working hard during these few days. Shown as the 'bad guys' in many articles, the police have been working hard to keep everyone in the city safe, "some working for 30 straight hours," reported my correspondent.
Citizens are camping out on the streets during the day, lighting up the city with their cellphones while singing during the night. All is peaceful at this time.
During this peaceful period in the streets of Hong Kong, citizens are still waiting peacefully for the resignation of Leung Ching-Ying soon. October 1 is the National Day in Hong Kong and many are hoping that it ends on a positive note.