As the July 1st has come and gone, some teams have improved, and some have not. Out of the major signings, the players and GMs were seeking more than just money/players. They were looking for comfort, for chemistry, for something that they were used to.
Starting with David Bolland, who made it public that he wished to stay in Toronto long term. They couldn't find a mutual agreement with numbers, and Bolland took to the waters of free agency. Where would he end up? Where else but to the GM who drafted him, Dale Tallon and his new team the Florida Panthers.
Tallon, who is slowly attracting former players of the Blackhawks to the Panther, is creating quite a team in Florida. Much like the Blackhawks, Dale Tallon is building from the draft, solidifying the centre position and, just recently in the draft, their defencemen (drafting Aaron Ekblad 1st overall).
Though Bolland has not mentioned the relationship much, there has to be a belief that he feels comfortable playing for Tallon, and vice versa.
The next big signing is Ryan Miller with the Vancouver Canucks. Again, this goes down to the GM and player. Jim Benning, then director of amateur scouting,  was part of the Buffalo Sabres team who drafted Miller back in 1999. Of course, since then, Miller has made a name for himself, and with the Canucks looking for a veteran goalie, this move made sense. Everyone knows what Miller can do when he's at the top of his game on a good team, but Benning may know just a little more, having the confidence to pick Miller 139th overall. 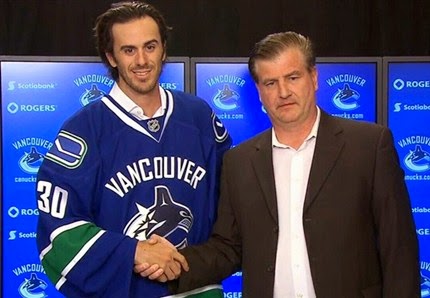 Another veteran goalie that made a splash July 1 would be Jonas Hiller. And where does comfort spring from? Brian Burke. Though Burke isn't the GM in Calgary, he still has some influence on GM Brad Treliving. Burke, now the President of Hockey Operations with the Flames, signed Hiller during his time in Anaheim. He had so much confidence in Hiller, that he put, then backup goalie, Ilya Bryzgalov on waivers and promoting Hiller to J.S Giguere's backup/successor. Hiller was good then, and is arguable better now. There is not doubt that Burke wanted to bring in a familiar face into his new team.
Until now, it has been relationships between GMs and players. But players look for a fit on their new teams too, and it helps if the player knows a few old teammates. 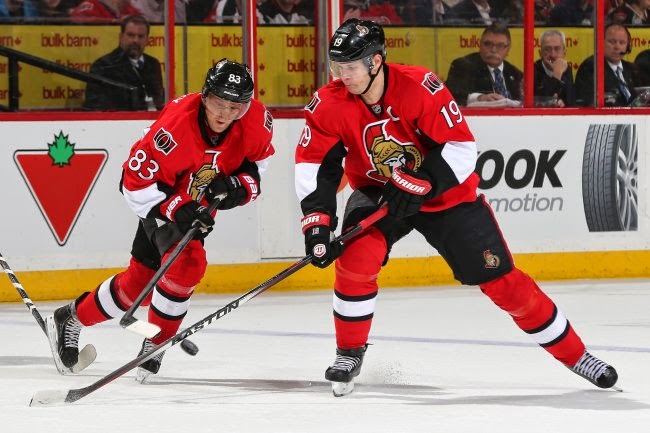 Soon after Jason Spezza was sent to the Dallas Stars, which free agent joined him? No one other than his, though only for a short time, linemate Ales Hemsky. Since his trade to the Senators back at the trade deadline, Hemsky found a fit on Spezza's wing, tallying 17 points (4 G, 13 A) in 20 games. The Stars, who already have Seguin and Benn as their first-line 1-2 punch, now have a 3-4 threat. The Stars look dangerous and could make a run at the Western conference powerhouses.
The coveted leader in Brian Gionta made a surprise choice when joining the Sabres for the next three years. Gionta joins a (put it nicely) young group of players in Buffalo, joining another former leader of the Montreal Canadiens across the border. Gionta and Gorges led the Canadiens young group to the conference finals last season before being ousted by the Rangers. Buffalo could someday be similar, but no one can figure out why these two players would pick the Sabres as the next destination for their career.
Islanders felt comfortable signing two former Leafs, Mikhail Grabovski and Nikolai Kulemin, for 4 years per. Kulemin and Grabovski, along with now Senator Clarke MacArthur were once the Leafs top line. Both had career years in 2010-2011, with Kulemin collecting 57 points (30 G, 27 A), as his centremen Grabovski wracked up 58 points (29 G 29 A). Since then, they have failed to adapt to the Leafs new style of play under Carlyle, with Grabovski being bought out last summer and Kulemin allowed to walk, after being the longest serving Leaf. Islanders hope this chemistry can get them some support up front behind Tavares. 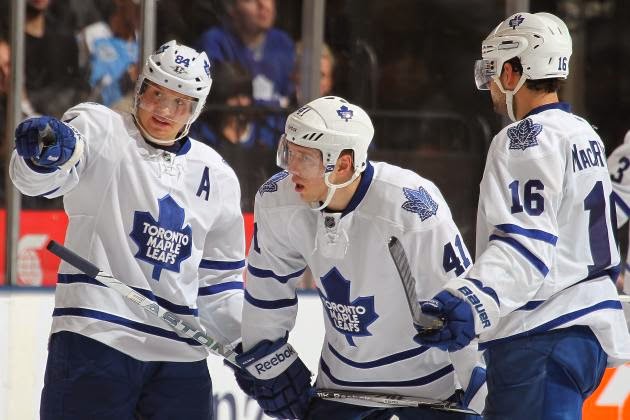 Even with the less sought out players relationships and comfort played more of a factor than in recent years. Brian Boyle chose Tampa Bay over Toronto for family reasons, but its rumored that former Rangers captain, now with the Lightning, had a influence in bringing Boyle in, along with fellow former Ranger Anton Stralman. Just recently, Tim Gleason has returned to the Carolina Hurricanes, months after being traded to the Leafs. Though Jim Rutherford is no longer there, Gleason knows the system and is back for another try.
All in all, relationships can make a difference in attracting free agents. Players want comfort, and GMs look for comfort in players. More than ever, relationships have and will continue to play a huge role in the signings to come.